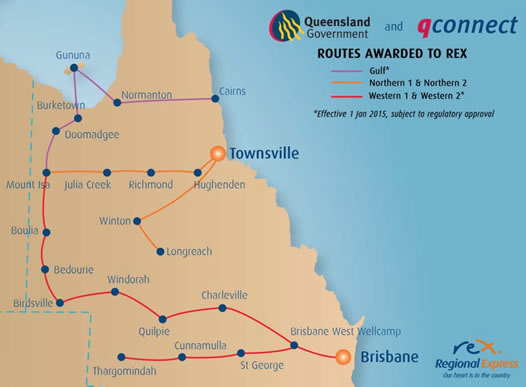 The five routes are:

Rex currently holds the contracts for the Northern 1 and 2 Routes and will continue servicing these routes from 1 January 2015 at which time Rex will commence services to the 3 new routes *subject to regulatory approval (see attached). This will position Rex as one of the biggest regional carriers in Queensland and will increase Rex’s total number of destinations across Australia from 36 to 52.

Commenting on the awarding of the five routes, Rex General Manager Network Strategy and Sales, Mr Warrick Lodge said “Outback Queensland is the heartland of Australian aviation with a long and distinguished history and it deserves a safe, reliable and high quality airline service. Rex is honoured to be selected by the Queensland State Government to provide these essential services that provide critical linkages between Brisbane, Cairns and Townsville to 20 regional communities that span the entire State.”

“Rex has grown the passenger numbers on the Northern 1 and 2 Routes by close to 100% since it won the contract in February 2010 and has provided a level of reliability and quality that is unmatched in the State. We make a promise to the State Government and to the local communities that we will strive to surpass the already very high quality levels we demonstrated over the last four years.”

“We are also mindful of the potential loss of employment for many staff and agents of the incumbent and we are committed to hiring/keeping as many of the staff and agents as we can. We will be visiting all 16 new ports during the next two weeks where we will be hoping to have discussions with all affected parties.” Mr Lodge added. 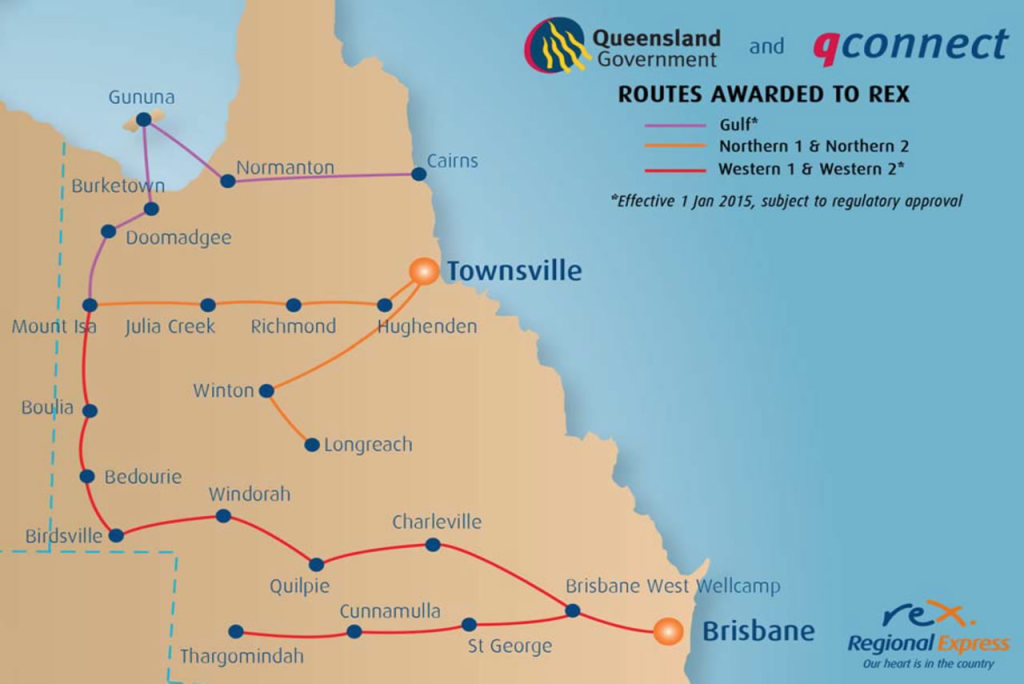